(FYI: When you buy through links on our site, we may earn a small affiliate commission)

Cross over into a world where the mischievous gods, goddesses, monsters, and heroes of Celtic mythology live among us, intermingling with unsuspecting mortals and stirring up mayhem in cities and towns on both sides of the Atlantic, from Limerick and Edinburgh to Montreal and Boston. 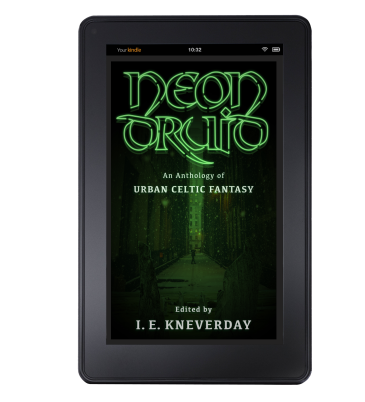 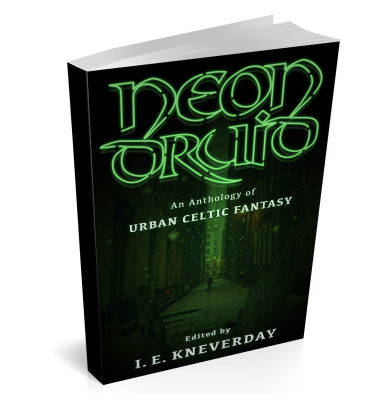 A collection of 17 short stories, Neon Druid mixes urban fantasy and Celtic mythology, creating a universe where lecherous leprechauns and debaucherous druids inhabit the local pubs, and where shapeshifting water spirits from Scotland and sword-wielding warriors from Ireland lurk in the alleyways.

Fans of Neil Gaiman (American Gods) and Maria Dahvana Headley (The Mere Wife) who enjoy seeing ancient stories and characters reimagined for modern times will feel right at home within the pages of Neon Druid. But rest assured, even if you’re unfamiliar with the (incredible) authors mentioned above, there’s still a good chance that you—or a friend, or coworker, or loved one, or mortal enemy—will be a good fit for Neon Druid.

Who Is NEON DRUID For?

• Short story-lovers who are in the mood for an anthology that is (roughly) equal parts whimsical, supernatural, darkly humorous, and horrifying—but, ya know, in a good way.

• Readers who are already fans of urban fantasy / urban mythic fantasy and are curious to see what Celtic mythology can bring to the genre. (Hint: Irish werewolves. And whiskey. And, for some reason, lots of axes. You’ll see.)

What Kinds of Mythological Beings Will I Meet in NEON DRUID?

Inside Neon Druid, you will encounter an entire pantheon of monsters, spirits, & deities that have been pulled from the illuminated pages of Celtic mythology. These include, but are not limited to:

• Ankou: a personification of death in Breton mythology
• Banshee: a female spirit who warns of approaching death by shrieking or wailing
• Buggane: a shapeshifting ogre/troll native to the Isle of Man
• Cernunnos: horned god of the Celts, associated with fertility, life, animals, wealth, & the underworld
• Kelpie: a shapeshifting Scottish water spirit that often takes the form of a horse
• Morrigan: Irish goddess of war, fate, & death who often takes the form of a crow; sometimes described as a trio of sisters
• Ogma: Irish god of eloquence, literature, & language; credited with the invention of Ogham script
• Selkie: a Scottish water spirit that can transform from seal to human by shedding its skin

NEON DRUID is available on Amazon. Grab your copy now!